DAnu (pronounced dah-new) Wines are made from grapes sourced across the Pacific Northwest. We partner with vineyards in the Willamette Valley, the Columbia Valley and Oregon’s side of the Walla Walla Valley, who treat the ground they farm with respect and the intention of it being there for generations to come.

Our wines reflect Alaska, the Last Frontier, by demonstrating balance between the old world and the new world. We remain grounded in our practices of farming and winemaking and allow each vintage to express the character of their vineyard.

Considered the most ancient of all Celtic deities, Danu is the mother of the gods - she birthed all things into being. She is the goddess of earth, fertility, wind, and wisdom. As Danu, the goddess, protects the earth, it is our winemaking responsibility to be good stewards of our earth as well. As the fruit goes from the vineyard to bottle, we believe the smaller our impact, the longer we can make quality fruit and quality wines.

Joe Williams, winemaker and owner of DAnu Wines, has known the service industry his whole life. In his childhood, Joe lived in Las Vegas, Nevada, Lake Tahoe, California and Fairbanks, Alaska, where he got his first job cooking at age 16.

Living in Alaska also taught Joe to be a steward of our Mother Earth. He intentionally “lives upstream,” meaning he considers how every action has a consequence in the future. Between work and play, Joe treats the earth with respect and intends to leave it cleaner than he found it.

Years after that first cooking job, Joe moved to Oregon where he worked for large hospitality corporations and small, family-owned restaurants before opening his first restaurant in 2001. Entrepreneurship led Joe to wine manufacturing and ultimately to the DAnu brand, which he launched in 2011.

In his many years as a chef, Joe has been successful because he knows that high quality ingredients lead to a high quality plate in front of the guest. This concept led him to success in winemaking as well. “I was taught in my first year of winemaking,” Joe says, “that if we took compromised fruit into the cellar, we had no one else but ourselves to blame for an inferior product going to bottle.”

This attention to quality and being a steward of the land, in addition to his Irish heritage, is what the ancient Celtic goddess embodies to Joe and is his inspiration for the brand of the same name, DAnu.

"I believe that the winemaker's attitude is reflected in the wines they produce." 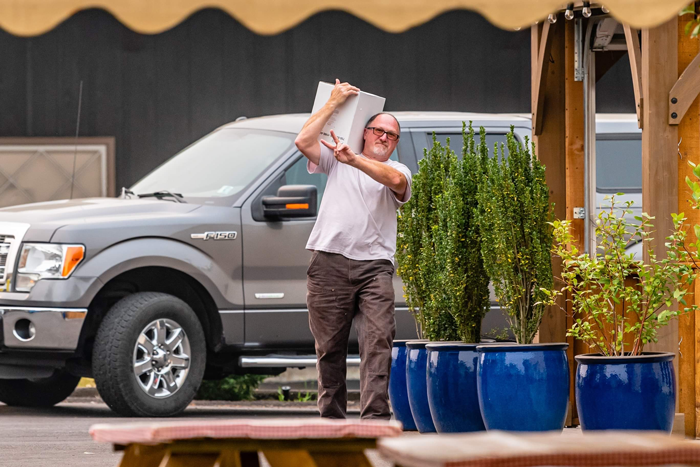